Liposuction/Liposelection is the surgical removal of fat cells. It slims & reshapes specific areas of the body by permanently removing localized or regional excess fat deposits, thereby improving your body contours and proportion and ultimately enhancing self image. 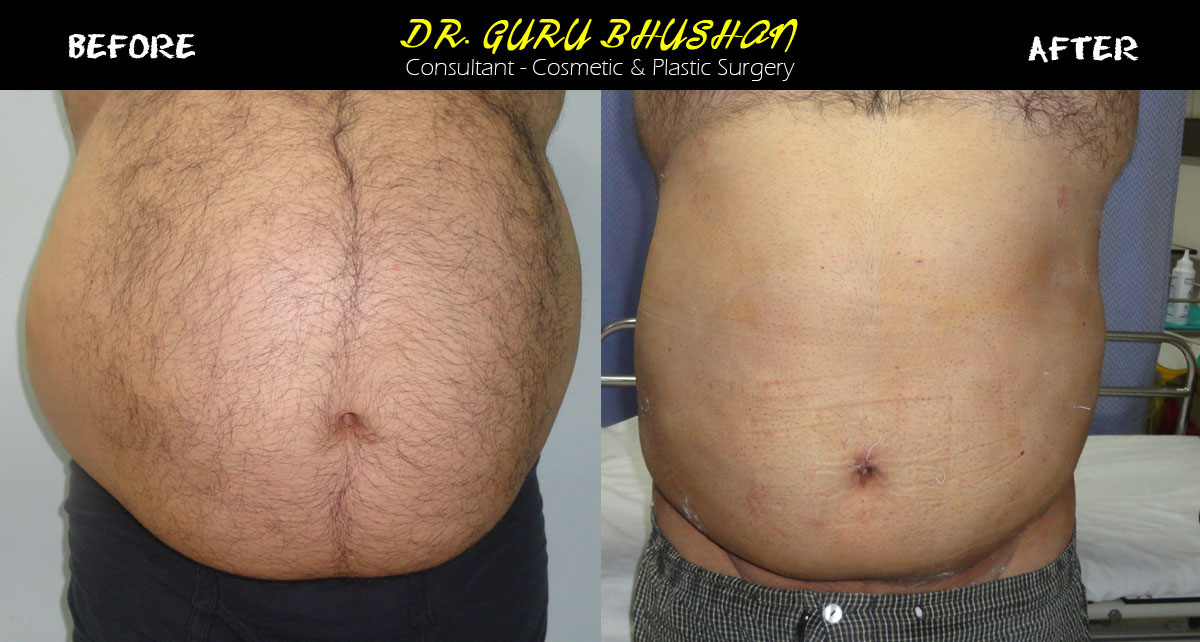 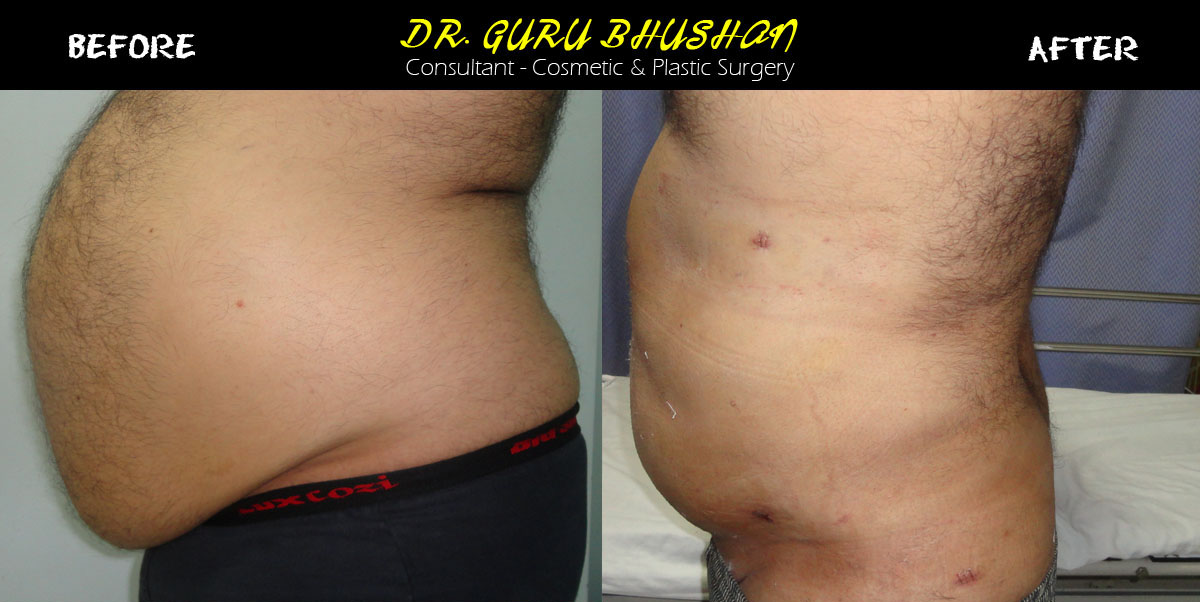 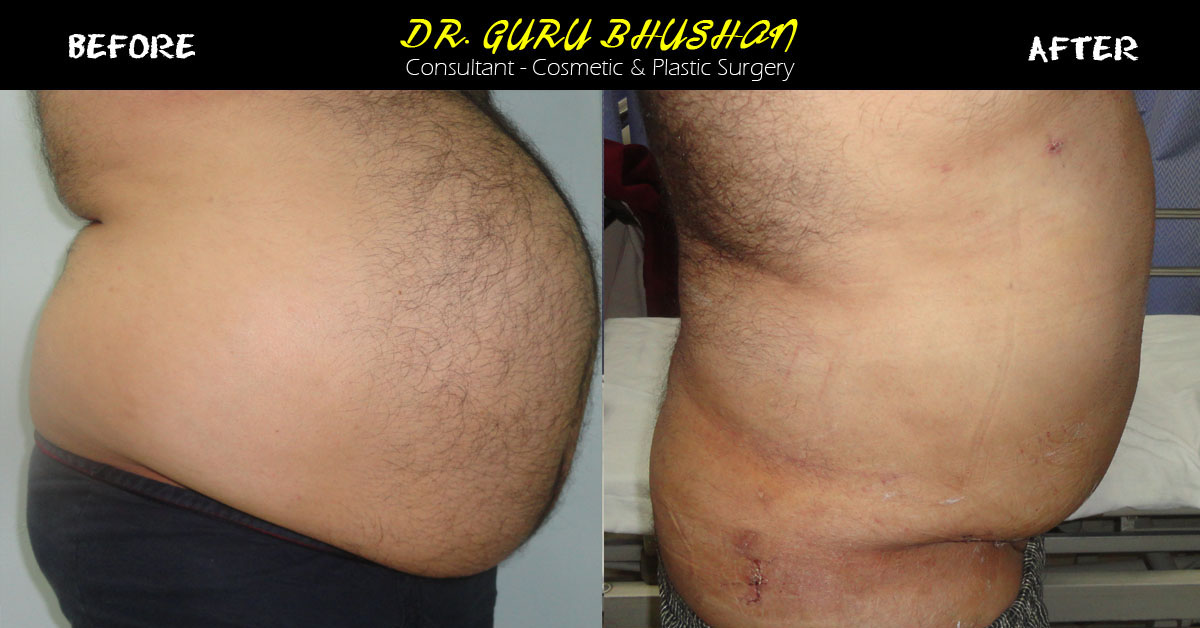 How is Liposuction done?

The area from where the fat is to be permanently removed is marked and infiltrated with saline based solutions through a small & inconspicuous incision. The fat is then liquefied with the help of ultrasonic, laser or power assisted fine metal cannulas. This liquefied fat is then sucked out of the body with the help of a powerful suction device. This procedure can be carried out under local, regional or general anesthesia.

How much fat can be removed? (Benefit)

Whatever extra fat is present in different parts of the body can be removed in a single sitting itself. For a person who is obese, liposuction can remove around 6-7 litres of fat in one sitting, which translates to around 5 inch loss in abdominal diameter. When fat needs to be removed from multiple areas of the body e.g. front and back, it may require more than one session. 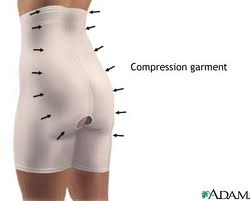 Am I a candidate for Liposuction/ Body sculpting?

Both obese as well as people in the normal weight range are candidates for liposuction. For those with average weight it works best for treating localized fat deposits that are stubborn, recurrent or do not respond to diet and exercise. For an obese person, it primarily reshapes multiple areas resulting in permanent fat and weight loss. Some of the most desired areas for fat removal are double chin, arms, chest, abdomen, back, buttocks, thighs & calves.

What is the period of hospitalization required?

Liposuction is a day care surgery. For most people a one day stay in the centre is all that is required

After liposuction, the new body’s shape is more or less permanent.. If the patient does not gain excessive amounts of weight, then the new more pleasing silhouette is permanent. Of course after liposuction, the clock keeps ticking, and advancing age will produce the usual changes in the shape of the body associated with the aging process.

How much weight can I lose by liposuction?

Will the fat cells grow back after liposuction?

Liposuction removes fat cells permanently. The fat cells that are removed by liposuction can never come back, however, if the patient gains a significant amount of weight, then new fat cell can develop. With a small weight gain, existing fat cells simply get bigger by accumulating more fat within the existing cell. However, with an increase of more than 10% of body weight, one can expect new fat cell development in all areas of the body, including areas previously treated by liposuction. As an adult gains larger amounts of weight, increasing numbers of fat cells (lipocytes) are formed from existing pleuripotential connective tissue cells by a process of differentiation. Existing connective tissue cells first change into immature fat cells (lipoblasts), and then develop into mature fat cells with progressive obesity.

If I gain weight, does fat come back in the treated areas?

Fat usually does not come back in treated areas provided the patient does not gain a significant amount of weight after the surgery. 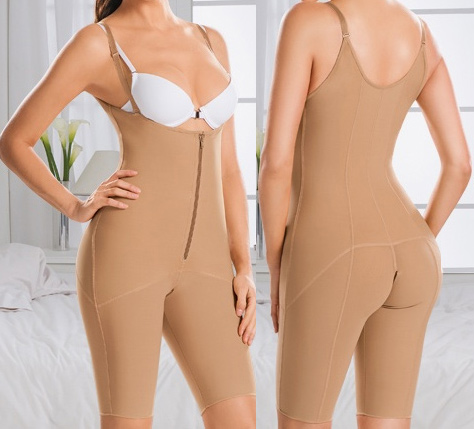 What can I expect if I get pregnant after liposuction?

Pregnancy does not permanently alter the results of liposuction. If a woman has liposuction and subsequently becomes pregnant, gains weight, gives birth and finally loses the excess weight of pregnancy, then her original liposuction improvements will return, just as if she had never been pregnant.

How much fat can be removed?

Around 6-7 litres of fat can be removed in one sitting, which translates to approximately 5 inch loss in waist diameter.

How long will it be until I see results?

Most patients will see 90% of their ultimate liposuction results with in one to three months after surgery. For the first few weeks after surgery there is postoperative swelling.

Will liposuction help cellulite (cottage-cheese like dimpling) or sagging skin?

No. Cellulite or sagging skin usually does not improve to a significant degree after liposuction. Liposuction improves the shape of the body, but does not significantly improve the quality of skin texture

Will liposuction improve the fat stomach I acquired after my last baby?

Yes. Liposuction typically provides excellent improvement of the abdomen after pregnancy. In fact, for the vast majority of patients, liposuction provides a better and more natural appearance than a tummy tuck.

Why are elastic compression garments worn after liposuction?

It helps in reducing swelling, prevents any collection of fluid below the skin and facilitates healing.

What type of garment must be worn after surgery?

Most surgeons require that patients wear an elastic compression garment for a certain length of time after liposuction. Such garments are intended to provide continuous postoperative compression to areas treated by liposuction. Some garments are constructed from Lycra type cloth. Other garments are made from elastic cloth typical to that used for girdles. The garments are usually crotchless so that the patient can urinate and defecate without having to remove the garment.

How long must I wear a girdle (elastic compression garment) after surgery?

The length of time that a patient must wear an elastic compression garment depends on the type of aftercare technique preferred by the surgeon. patients are typically instructed to wear a garment for 4 to 6 weeks

Women most commonly have which areas treated by liposuction?

Men most commonly have which areas treated by liposuction?

In men, who comprise about 15% to 25% of liposuction patients, the most commonly treated areas include the chin and neck area, abdomen, flanks ("love-handles"), and breasts