What is a vascular malformation?

Hemangiomas are the most common growths seen during infancy. Most hemangiomas will start as a “precursor” mark, usually a flat red patch or blood vessels on the skin, and then grow rapidly between six to nine months of life. After that, hemangiomas slowly improve over time, usually over many years. Most hemangiomas do not require treatment. However, those present on or around the eyes, those that cause skin breakdown or “ulceration”, and those located on the face or around a child’s airway, require urgent treatment

Why do these vascular malformations occur?

These are all present at birth, and become apparent at different ages. We are just beginning to understand how malformations occur. The pulmonary arteriovenous malformation, when associated with Hereditary Hemorrhagic Telangiectasia, is inherited genetically. There is currently much work being done on the possible genetics of other malformations. Most are only known as something that occurs during development of the arteries, veins, and/or lymph vessels, but without specific cause. 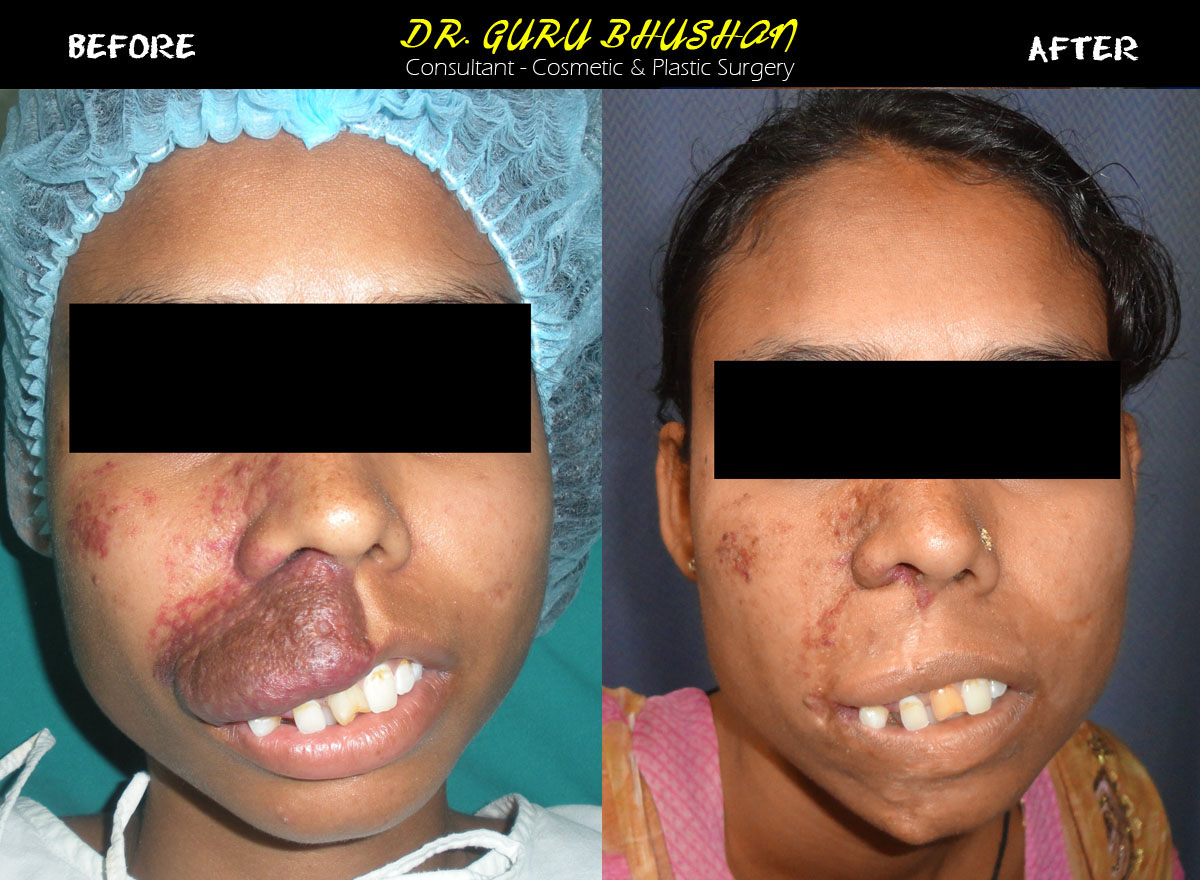