Elephantiasis is a severely disfiguring and disabling condition in which thearms, legs, or genitals swell so much that they can resemble an elephant's foreleg in size, texture, and color. True elephantiasis is caused by a parasitic infection from filarial worms. These worms block the body's lymphatic system--a network of channels, lymph nodes, and organs that helps maintain proper fluid levels in the body by draining lymph from tissues into the bloodstream. This blockage causes fluids to collect in the tissues, which can lead to great swelling, called "lymphedema".

Patients with severely damaged extremities MAY benefit from surgery (decompression of the lymphatic system by nodo-venous shunt) followed by excision of redundant tissue. In case of gross limb elephantiasis, correction with surgery is difficult and may require multiple procedures and skin grafting 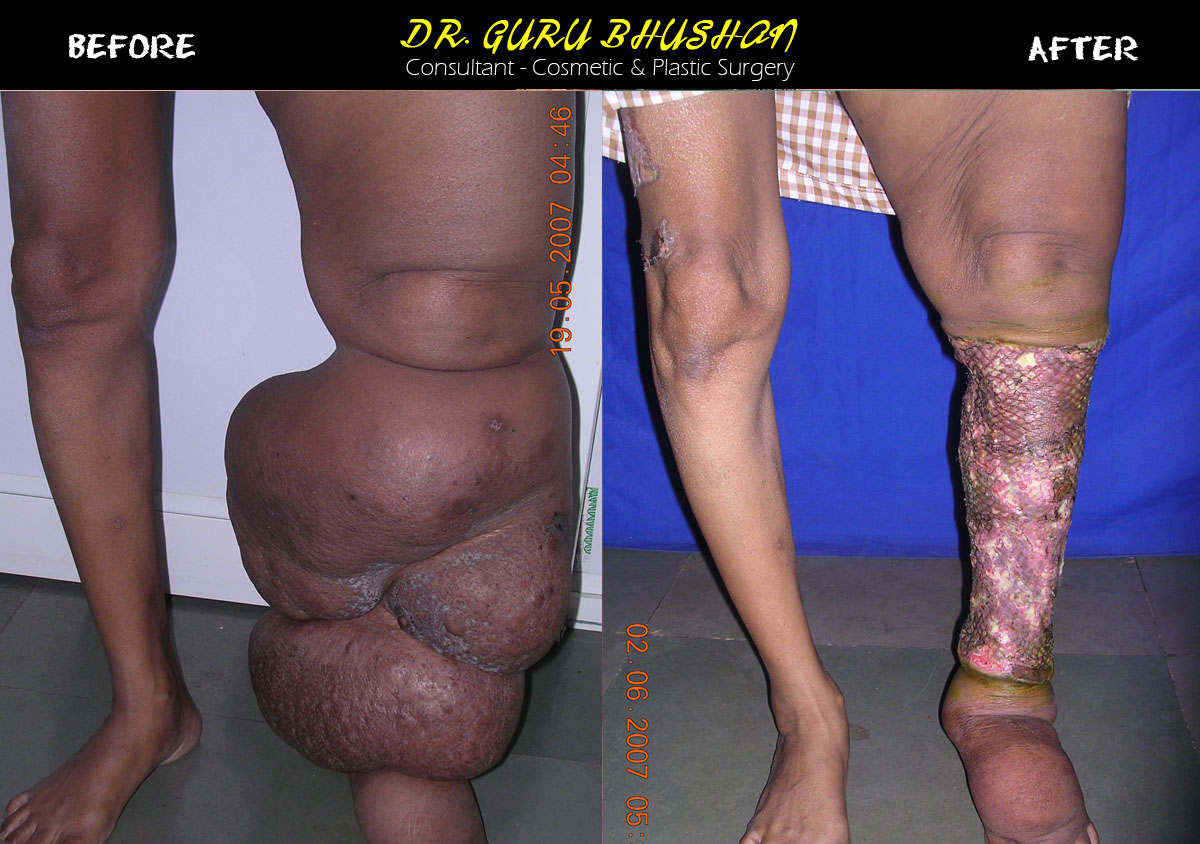